Lucía and Javi have been dancing and teaching Lindy Hop and Balboa together since 2012, abroad and mostly across their motherland Spain.

Proud owners and directors of both Black Bottom schools in Valencia, with more than 500 students, they also organize Valencia Balboa Festival.

In classes, they love to focus on partnership and creating an harmonious flow while dancing in couple playing and reacting with each other.
Be ready for challenging and fun classes with them! 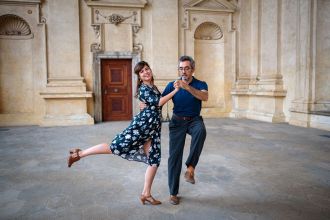 Jenn Lee (Seattle, WA) travels all over the world for Balboa. If there is great Balboa, you’ll find her there, dancing until the wee hours with the biggest, most contented smile on her face. Fourteen years ago, a friend took her swing dancing, and she’s been devoted to that scene ever since, first as a student, then later as an avid competitor, organizer, advocate, and now as a popular instructor. Her teaching style reflects her creativity, music background, collaborative approach, and partner communication. She is thrilled to be dancing and collaborating with some of the best Balboa partners out there. Her film titled “One Girl and Two Boys” won the Jazz Dance Film Festival, and she holds 1st place titles from the California Balboa Classic, All Balboa Weekend, the Eastern Balboa Championships, the Snowball and, Lindy Focus.

As a teacher and a dancer Eran loves bridging between styles and dances.
His knowledge (that he picked out from traveling around the globe) about them is what makes his dancing and classes so versatile. Eran has placed in competitions like ILHC, Camp Hollywood, ESDC and many more.
Focusing the work on our body movement to different types of music is what he believes frees the person to enjoy the dance, no matter what music is playing.
In Class Eran will show you how to use everyday life experiences to easily master complex dance movements, and you’ll find out that behind his soft smile there is a tough teacher who won’t stop until you feel you got it. 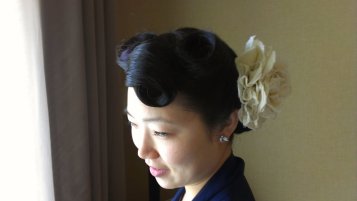 The Workshop is located right next to the station Altona (subway 200 meters) where you can also find a big variety of pubs and local shops nearby.
Address: Studio SalsaHH, Hohenesch 13 – 17, 22765 Hamburg